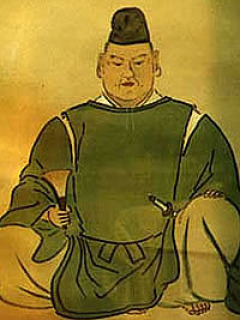 1560-1639. Samurai in the early Edo period. The eighth son of Tadakazu Okubo, he was named Tadao, which was later changed to Tadataka. The name Hikozaemon is his alias. He rendered distinguished war service under Ieyasu Tokugawa and assisted Hidetada and Iemitsu Tokugawa as the chief vassal of the Shogunate. He was also known for his rebellious spirit and eccentricity and was popular in storytelling as “the Shogun’s trend spotter.”
The Shogun’s trend spotter who devoted himself to building Ryugyo Temple in Shirogane

Ryugyo Temple in Shirokane was built in 1631 in Ichibei-machi, Azabu, by Hikozaemon, and it was then moved to its current location in 1668. It is also known as Okubo Temple because it is the last resting place of Hikozaemon. The land on which the wedding venue Happoen stands is where Hikozaemon spent his last days, and there is a dogberry tree in the garden, which is said to have been given to him by Iemitsu in person.

While the people called him the Shogun’s trend spotter and he presented himself as a man of strong character who had survived the age of civil strife, he was reconciled to a simple life. He was a knight-errant who always provided for many masterless samurais and arranged for them to receive allowances. Although there are many stories about him, including one of him arriving at the castle riding a large basin, the authenticity of such stories are unknown because they were often exaggerated by storytellers.