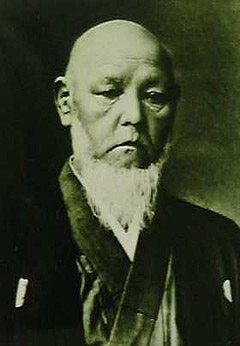 1837-1908. Agriculturist and educator. Tsuda studied Western culture and went to the United States as an interpreter for the Magistrate of Foreign Affairs. In 1873 he participated in the Vienna Expo and received a lesson on Western agricultural techniques. After returning to Japan, he opened the Gakunosha Nogakko (Gakunosha School of Agriculture) and worked to introduce and promote Western vegetables and fruits. He is also known as the father of Umeko Tsuda, a Christian and temperance campaigner and the founder of Tsuda College.
Established a school of agriculture in his own home in Azabu Honmura-cho

Tsuda’s visit to America in 1867 was a significant turning point for him. After returning to Japan, he engaged in a new style of agriculture in Azabu Honmura-cho while working in research at the Bureau of Development’s agricultural research station. When he attended an exposition in Vienna, he received instructions on agriculture from the Austrian agriculturist Hooibrenk, and Tsuda’s translation of Hooibrenk’s “Method of Cultivation, Explained by Three Different Processes” received great response. He opened the Gakunosha Nogakko (school of agriculture) in 1876 for training instructors in his own home in Azabu Honmura-cho and also published the Nogyo Zasshi (Agricultural Magazine). The school was closed after accomplishing its enlightening mission.

Tsuda also played an important role in establishing Christian schools in the early Meiji period, such as Aoyama Gakuin, Doshisha, Friend’s Girl’s School, and Tokyo Moua Gakuin. The Friend’s Girl’s School, which he named, started from a temporary school within Tsuda’s house. He was involved in most of the work to create the early foundation of Aoyama Gakuin. His funeral was held in the auditorium of that school.